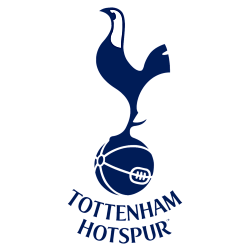 Tottenham Hotspur
Founded in -
Based In -
Leagues -
President -
Manager -
Scroll Down

Tottenham stadium (White Hart Line) tour is nowadays one of the most visited places in the city of London, where you have the opportunity to enjoy the White Hart Line experience , including trophy rooms , dressing rooms and the amazing 36.284 capacity stadium from the green.

The official name of the club is Tottenham Hotspur Football Club, but it is commonly called Tottenham and familiarly called Spurs. It is very usual that fans nickname the team as Lilywhites. The Club was founded in 1882 and it is today a very important symbol of the English and  culture.

The most interesting and enjoyable matches of Tottenham to watch in Premier League are versus, Liverpool , Manchester United and Manchester City; teams that fight every year for the season trophies.

Million  people from all over the world watch their matches, and thousands of them enjoy it in the stadium. Another interesting matches of Arsenal in The Premier League are the derbies against Chelsea and Arsenal ( teams hosted in London) with whom maintains a historical rivalry.