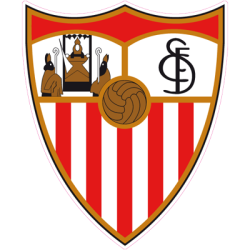 Sevilla FC
Founded in -
Based In -
Leagues -
President -
Manager -
Scroll Down

Sevilla FC is the most successful team of Seville and of the whole autonomous community of Andalusia, and one of the most glamorous football teams in the world.

Sevilla FC stadium (Ramón Sánchez Pizjuán) tour is nowadays one of the most visited places in the city of Seville, where you have the opportunity to enjoy the Sánchez Pizjuán experience , including trophy rooms , dressing rooms and the amazing 42.714 capacity stadium from the green.

The official name of the club is Sevilla Fútbol Club , but it is commonly called Sevilla and familiarly nicknamed as Sevillistas or Los Blanquirojos (The Red and Whites) The Club was founded in 1890 and it is today a very important symbol of the Andalusian culture.

Sevilla Fútbol Club was designated in 2006 and 2007 as the world’s best club by the  “International Federation of Football History & Statistics”.

The most interesting and enjoyable matches of Sevilla FC to watch in La Liga are versus Real Madrid, FC Barcelona and Atlético de Madrid; teams that fight every year for the season trophies.

Million  people from all over the world watch their matches , and thousands of them enjoy it in the stadium. Another interesting match of Sevilla in La Liga is the derby against Real Betis de Sevilla, a team hosted in Seville.