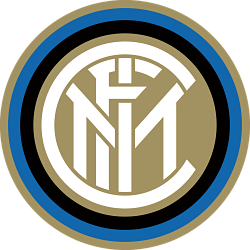 Inter Milan
Founded in -
Based In -
Leagues -
President -
Manager -
Scroll Down

Inter Milan stadium (Giuseppe Meazza - San Siro Stadium) tour is nowadays one of the most visited places in the city of Milan, where you have the opportunity to enjoy the Giuseppe Meazza San Siro Stadium experience , including trophy rooms , dressing rooms and the amazing 80.018 capacity stadium from the green.

The official name of the club is Football Club Internazionale Milano, but it is commonly and familiarly called, Internazionale or simply Inter. It is colloquially known as Inter Milan outside of Italy. It is very usual that fans nickname the team as I Nerazzurri (The Black and Blues) and La Beneamata (The Cherished One). The Club was founded in 1908 and it is today a very important symbol of the Italian and culture.

The most interesting and enjoyable matches of Inter Milan to watch in Serie A are versus Juventus, AC Milan, Roma and Napoli teams that fight every year for the season trophies.

Million  people from all over the world watch their matches, and thousands of them enjoy it in the stadium. Another interesting match of Inter Milan in Serie A is against AC Milan with whom maintains a historical rivalry, this match is known as Derby della Madonnina, one of the most followed match.