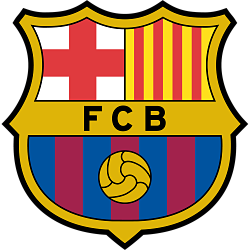 FC Barcelona is the most important team of Catalonia and one of the most glamorous football teams in the world. The FC Barcelona stadium 'Camp Nou' Tour, is nowadays one of the most visited places in the city of Barcelona, where you have the opportunity to enjoy the 'Camp Nou Experience' Tour, including trophy rooms, dressing rooms and the amazing 99.354 capacity stadium from the green.

The official name of the club is Futbol Club Barcelona , but it is commonly called 'Barcelona', and familiarly called 'Barça'. The Club was founded in 1899 and it is today a very important symbol of the catalanism and therefore of the catalan culture. The FC Barcelona motto is ‘’Més que un club’’ that in catalan means 'More than a Club'.

The most interesting and enjoyable matches of FC Barcelona to watch in La Liga Santander, are versus Real madrid, Atlético de Madrid and Sevilla FC. This teams that fight every year for the season trophies. 'El Clasico' match is the most important football match in the world, where FC Barcelona and Real Madrid face each other. El clasico nickname has been used since FC Barcelona play with Real Madrid which has always been their strongest rival. Million  people from all over the world watch this match , and thousands of them enjoy it in the stadium. Another interesting match of FC Barcelona in La Liga Santander is the derby against RCD Espanyol, a team hosted in Barcelona.

So book now your FC Barcelona tickets and live this amazing football experience. Our website will always be the first and better choice to buy!